Do you know Japanese harp, KOTO?? Have you listened to this sound?? Koto is a Japanese traditional instrument whose sound heals us.

Actually I am an associate grand master of Koto. I have played the Koto for about 10 years since I was an elementary school student. I love it very much, so I’d like to introduce Koto today.

Koto came from China about 1,300 years ago. It seems that Chinese Koto was mixed with Japanese old instrument similar to Koto. In ancient Japan, normally, aristocratic class people played the Koto. After that, Koto was spread as temple music, and then professional musician played it in Kyoto. From Kyoto, Koto was spread to all Japan.(Reference:http://www.okoto.jp/information_en/the-history-of-koto/)

There are two schools. Ikuta style生田流 and Yamada style山田流. The difference is the form of Koto pick. Ikuta style → a square pick, Yamada style → a triangle pick. When we play the Koto, we sit down right in front of Koto, then put 3 Koto picks on your fingers and pluck the strings. 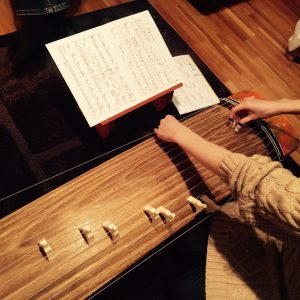 We have to turn Koto depending on the song by ourselves. It means we have to change the position of bridges to turn by ourselves. Listening to correct interval skill is significant for playing the Koto.

The musical score is written in Kanji

Koto has 13 strings which made from silk or nylon or Tetoron. From the front, 13th→1st string. The musical notes of Koto are written in Kanji. 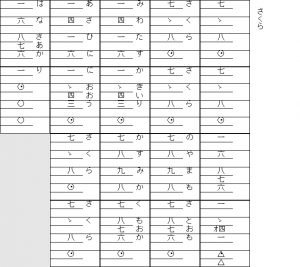 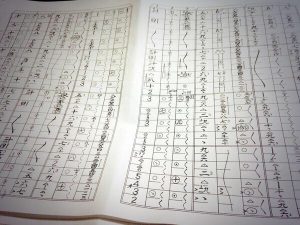 First, I explain about number in Kanji.

It’s difficult to understand this Kanji score at first time to play the Koto even Japanese, but it will get easier after practice. I prefer Kanji music note than normal music note now.

There are also musical symbols such as staccato, forte, piano, accent, and tremolo, etc. Press the string to raise semitone.

It’s difficult to wear Kimono by myself, my grand mother or mother always helps me to wear it. haha It’s cool to wear it by myself, but I can’t yet( ;∀;) 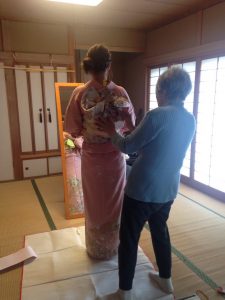 I think there are just few Japanese people who can wear Kimono by themselves. 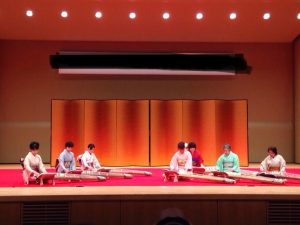 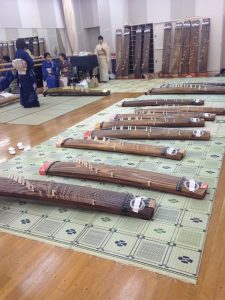 This is a part of my video that I played the Koto. I played my favorite songs, one song is “Shinsen cho Bukyoku 神仙調舞曲”, the other one is “Haru no Sugata 春の姿”. These are 1 min short videos.

If you are interested in playing the Koto, there is some places that you can try to play it, but I don’t know many places.

I also would like to teach how to play the Koto to beginners and foreigners in the future. If I start Koto school, please come to my school! haha When I played the Koto in front of older people in a nursing home, they were impressed the sound and praised me. I was really happy that Koto sound healed them. Also Koto let them remember their old memories, they said. 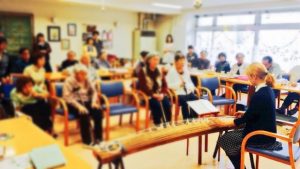 When I played the Koto in a nursing home.

During I am playing the Koto, I’m so happy. I feel like this is Japan. I want many people know how beautiful sound Koto has.

It's written in English and Japanese!日本語と英語で書いてます！ Hey guys~~ It's mi(*'▽') What do you t...

How to be an Uber Eats partner in Japan!! 日本でUber Eats(ウーバーイーツ)配達パートナーを始める方法！

※Written in English on the top, Japanese on the bottom each paragraph.  ※各章ごとに上段が英語、下段が日本語です。 ...

【Tokyo Travel Guide】14 places you should visit in Tokyo!! 東京で行くべき14の観光スポット！

Konnichiwa, Hello~ I am mi :lol: As you know Tokyo is capital prefecture in Japan. Manyyyy people are living there. T...

※Written in English ＆ Japanese（英語＆日本語） 안녕~~!!나는 mi이야 :lol: We can eat Korean food in Shinokubo, Tokyo. There are...
Sponsored Links
【3 Recommend Meat Restaurants】 in Tokyo!! 肉料理が絶品都内おすすめ3店舗！
A Crazy Typhoon has landed in Japan